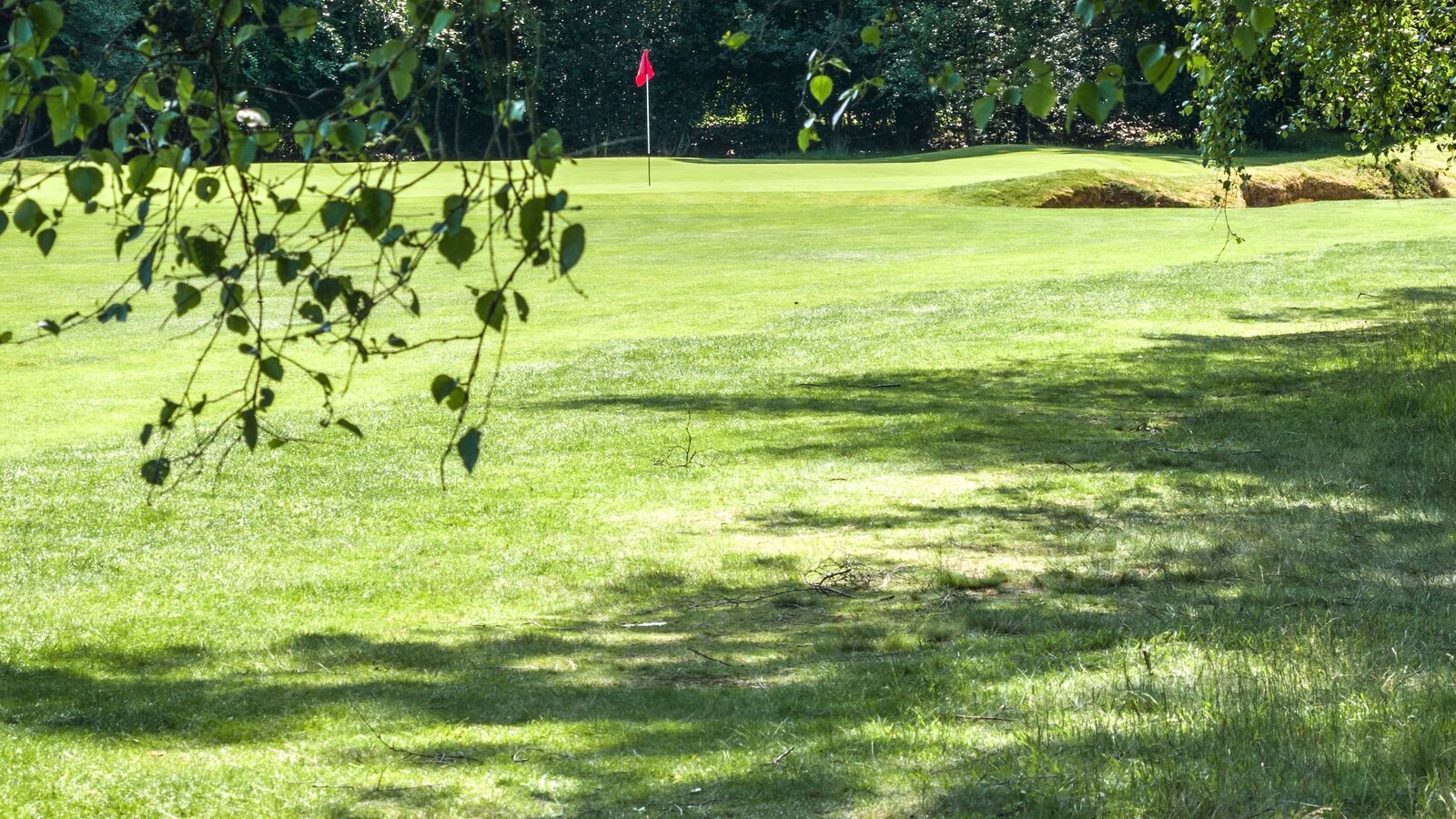 As usual at this time of the year much time is taken up blowing, clearing and collecting leaves. Very time consuming. 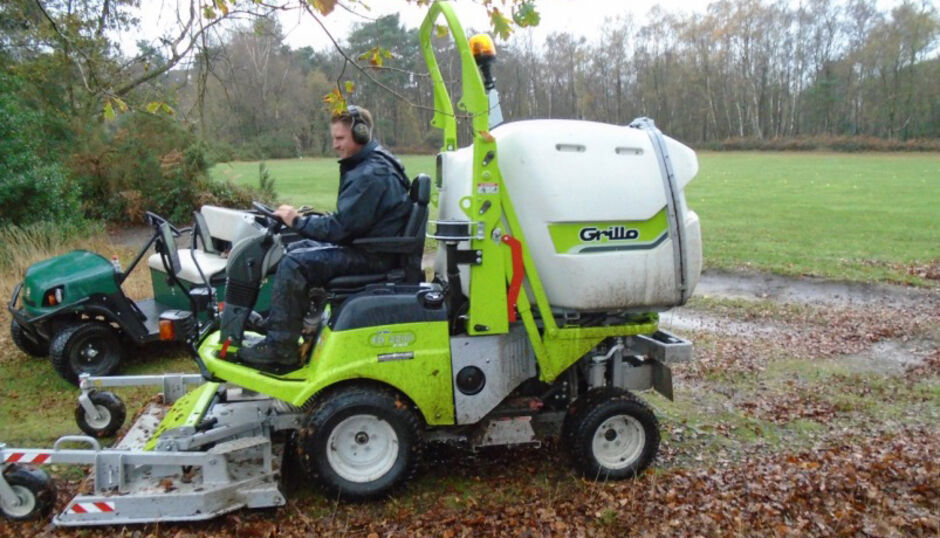 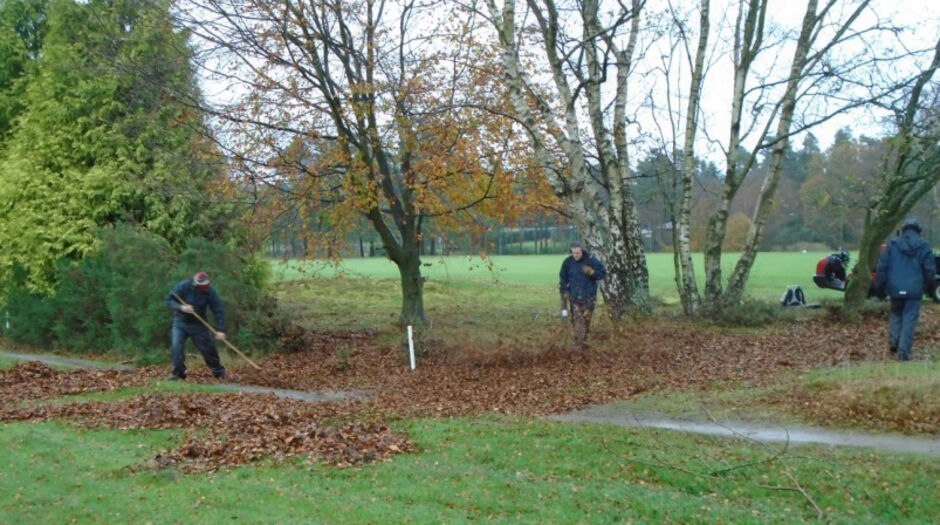 Woodland management work has now commenced in the area between the 4th tee, practice hole 3a and Milland road. We are carrying out this work as part of our commitment towards managing heathland within the South Downs National Park. The area is currently unmanaged woodland and our brief is to return it to wooded heath, with good specimen trees remaining and canopies being opened in order to allow light in to regenerate heather. It won't be an easy task due to high organic matter levels in the soil. The area has no direct impact on the course, however, we felt it was important to do the work in line with the wishes of the South Downs National Park Authority, who have done so much to help us with funding for all of our other heathland projects on the course. For more information on the 2015/16 Woodland/Heathland Management Plan refer to the programme which is on the course section of the noticeboard in the Clubhouse foyer.

Chris Boddington and his woodland management team get to work with the Treeharvester and chainsaws : 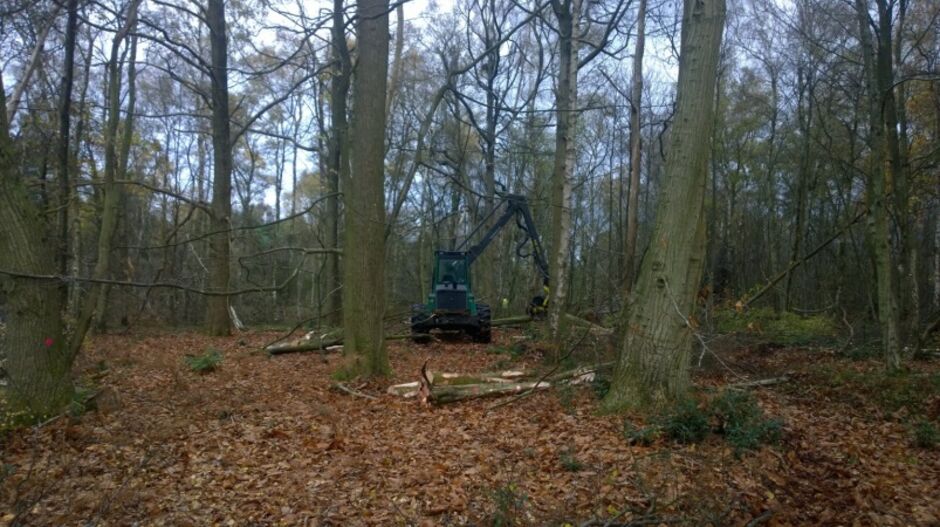 It is now two weeks since the completion of our August maintenance work on the greens and surrounds. The greens are starting to settle down nicely and grass seed germination has been excellent. We will need to lightly sand top-dress them again in the next week or two, in order to further improve surface uniformity.

A brief synopsis of the work carried out is detailed below:

The picture below shows fusarium patch disease on the greens. We have had fusarium lingering for the past month or so and following humid, muggy conditions last week it became rife and prevalent on Monday 13th / Tuesday 14th July. I took a decision not to spray fungicide and let the disease run it's course. Most of it is in recovery mode although there are still some unsightly patches on the greens. The easy thing to do would have been to spray the greens with fungicide, however, I wanted to break that cycle and see what happened. It has been a bit of a dilemma between not wanting to see the greens badly scarred and visually unappealing, particularly with a couple of big events coming up - and wanting as much poa annua (the grass that fusarium primarily, but not always exclusively attacks) as possible eradicated before we commence with our greens aeration and overseeding maintenance programme on Monday 3rd August. Overseeding with bentgrass in August would fill in any voids left by poa annua eradicated by fusarium.

Two things for consideration : 1. Although the greens are not aesthetically pleasing with fusarium patch - it will not have any detrimental effect on the smoothness of the surfaces at this time of the year. 2. I am not brave enough not to spray fungicide (at the moment) if we have another outbreak of fusarium from September through the winter, as at this time of the year it can be absolutely devastating and potentially wipe greens out.

I say "at the moment" in the above paragragh because there is a possibility that fungicides will be banned for use in this Country (as they are in Scandinavia and Germany, for example) in the future. 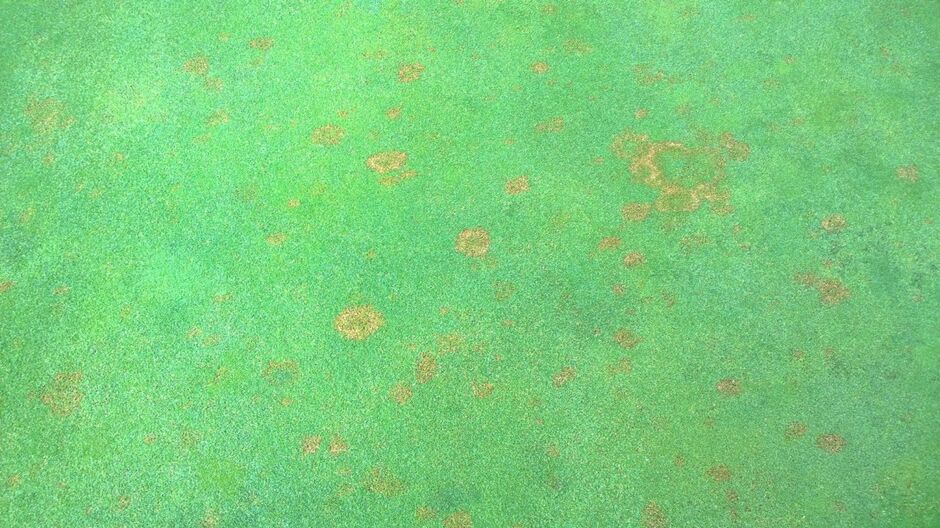 Our new Grillo machine in action. This machine has been purchased to carry out a multitude of tasks including leaves collection and fairway scarification debris collection, however, it's main purpose is for heather management. Topping and collecting grass, as well as topping and collecting heather seed and brashings at the end of October. Our previous heather management machine recently retired (due to ill health) following 21 years of service. 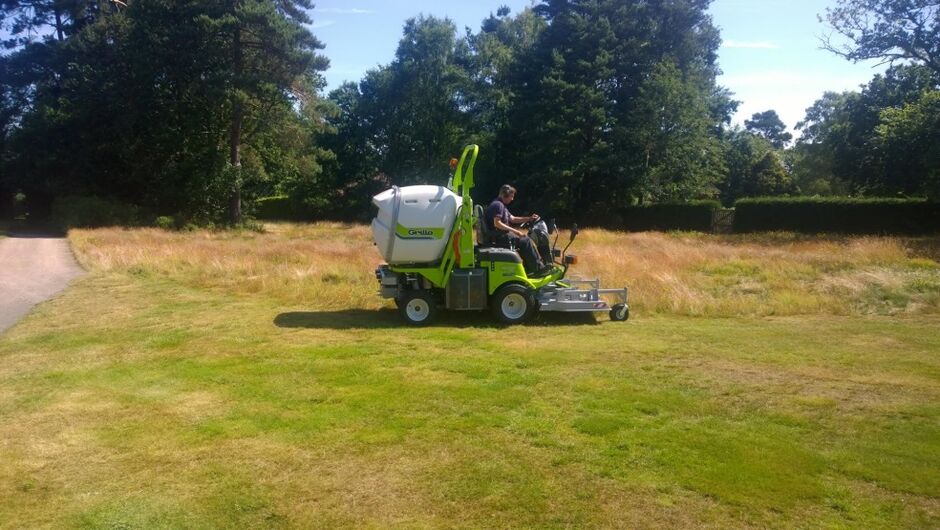 A Southern Marsh Orchid near the 13th stream. There is an abundance of them in this area. 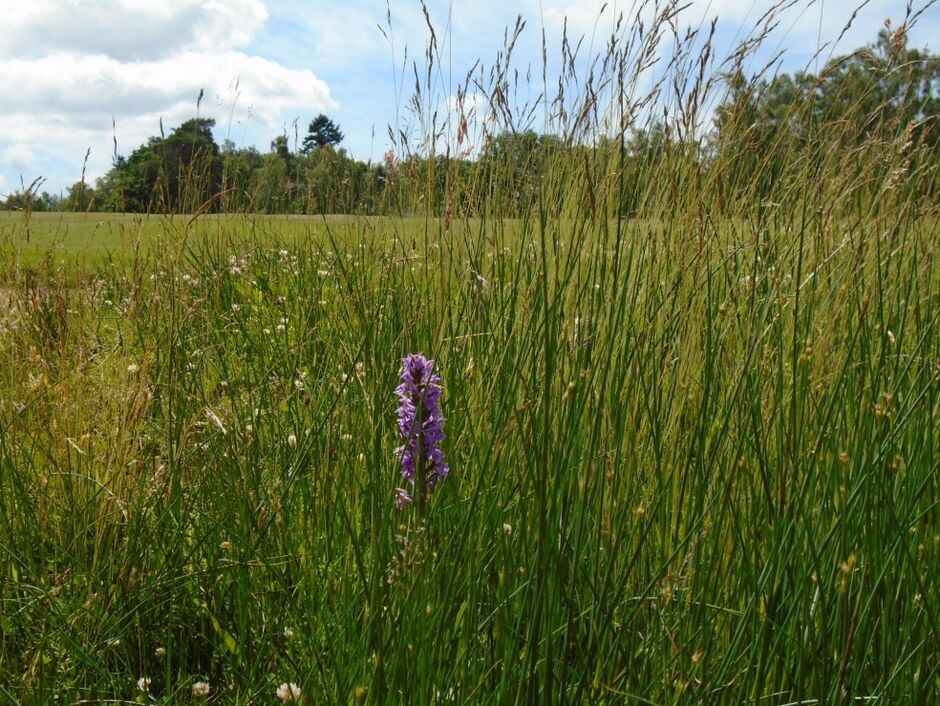 Today we have verti-cut and top dressed (sand) the greens. I can hear the groans of discontent ringing in my ears! However, I have to explain that this is not done just for the sake of doing it or to somehow destroy the putting surfaces and cause mass annoyance. It is done to maintain and improve the quality of the putting surfaces for the important weeks ahead. Last week we micro-tined and top dressed for the same reasons. It has been a difficult Spring and growth has been slow - it is important now to carry out the correct turf maintenance procedures in order to achieve optimum results. 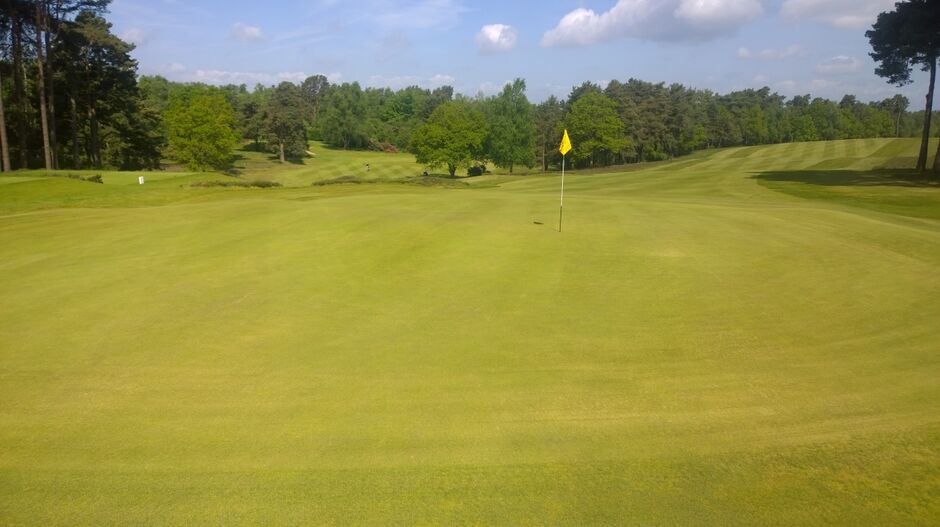 The end product as seen here on the 18th green