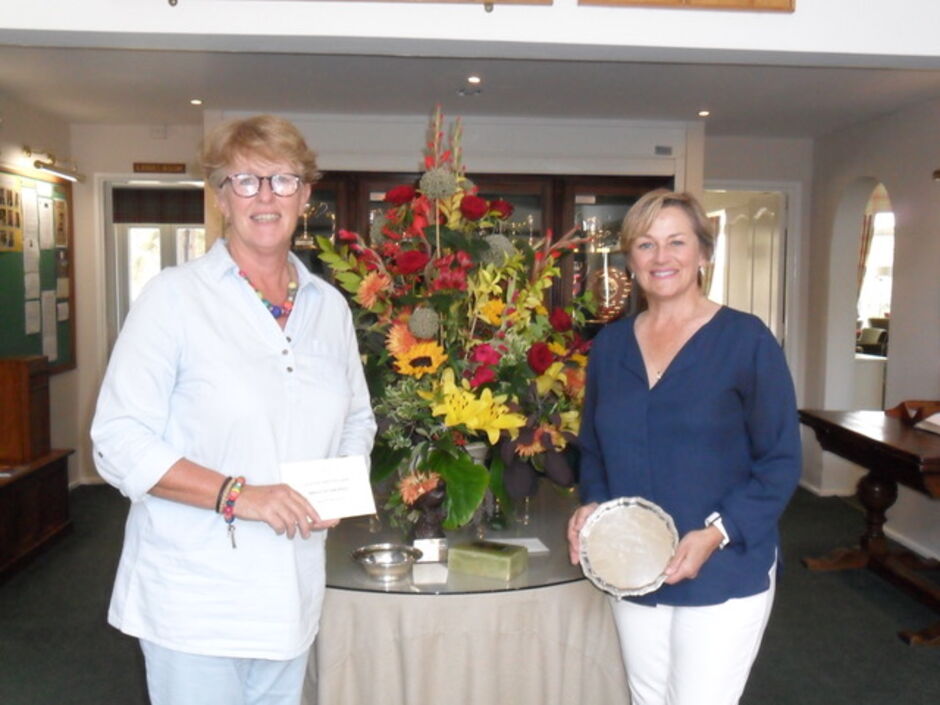 The medal round of the Autumn Meeting was held on a blustery and damp Monday, with most of the field finishing before the rain set in.  Most of the scores reflected the changeable conditions – despite the weather, some very good golf was played.

With the remnants of Hurricane Humberto and torrential rain hitting the south east on Tuesday, the Foursomes sadly had to be cancelled, but the ladies all met up for lunch followed by prize giving.

In the Silver Division, the winner was Mary Boyle with a score of 74 on countback, with Sally Hardie in second place (74) and Pauline Provest in third place (79).

In the Bronze Division, the winner was Jacqui Lawson with a score of 77 on countback, with Jill Steele in second place (77) and Jo Talbot in third (77).

The winner of both the Spring/Autumn Aggregate Trophies was Catherine Anderson with the best Gross Score of 157 (the Kinnear Trophy) and the Best Nett Score (the Jobson Trophy) of 145.

Congratulations to all the winners.